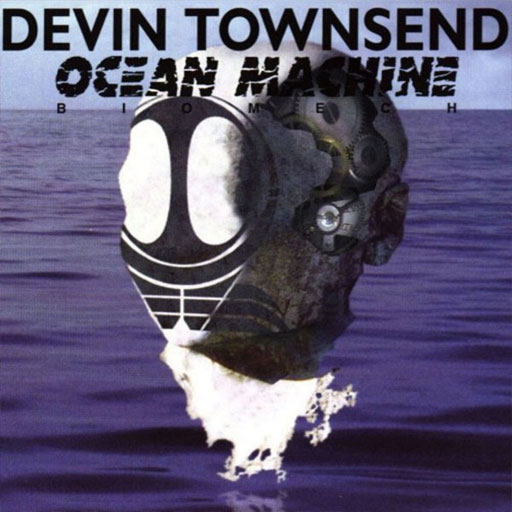 This album I could NOT get signed. A great deal of this music was material I had been writing for many years prior to my experience with Steve Vai on his ‘Sex And Religion’ album. It was similar in theme and vibe to the melodic elements of Noisescapes, but it was not music from those sessions. The Vai album had sold to a gold status in Japan through Sony Music, and by advice of the A&R rep, Naoki Takada, it was suggested I start my own label which would allow them to license the music and capitalize on the momentum of the Vai success. I did so, and began the arduous process of recording this album. Fraught with problems from day one, Ocean Machine was a labor of love that was born more out of adversity than almost anything else. I had signed a non-exclusive deal with Century Media for Strapping Young Lad, (as even they at the time didn’t understand the direction that this music was intending to go). I recorded the bed tracks in Vancouver at The Factory Studios (The same studio I would end up making the 4 DTP albums at) with an amazing drummer named Marty Chapman and a monster of a bassist, John ‘Squid’ Harder. The tracking was difficult, and there was no editing as of course, at that time it was done to 2″ tape. When the music was finished, I recorded a great deal of the vocals and keyboards in my basement suite in Burnaby B.C. on ADAT machines. The recording quality was not ideal for many reasons, and I decided to enlist my new friend Daniel Bergstrand, (whom I had met during the production of the album ‘Pigwalk’ by Stuck Mojo) as the mixing engineer. We mixed the album in Malaga Spain where Daniel was living, in 3 of the most stressful weeks I had encountered. Every technical hurdle imaginable plagued the mix, and the thoughts that it was ‘doomed’ were present throughout the whole process. Somehow though, as fate would have it, it was finished and releasing to widespread confusion in 1995. I’m very proud of this album, and has a very obvious ‘blue’ feeling to me.